Matt Walker is a Los Angeles based stand-up comedian, actor, and self described critic of everything. A veteran of the stand-up circuit since 2003, Matt is best known for winning the 2012 Shorty Award, being declared the best comedian in social media.

Matt has worked both in front of and behind the camera on many projects, including acting, audience warm up, script punch-up, editing, and producing his own projects. Explore this site to learn more about him.

Get Matt’s debut comedy album, H8R, on iTunes, Amazon, Google Play, or right here on this website, or watch the full comedy special on Amazon Prime. 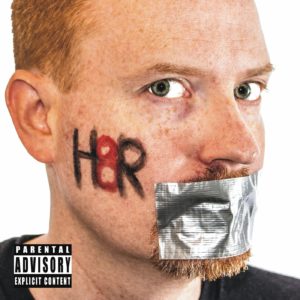 Want to see the debut comedy special from Matt Walker, H8R? Good news, now you can stream or download it here for just $5. And if you do, you’ll get a free copy of the MP3 album version as well. Don’t want to spend $5? It’s also on Amazon Prime Instant Video so you can watch it for FREE. Yes, I said FREE. Click the big logo below to watch on Amazon, or search for “H8R” in your whatever app you use to access Amazon Prime (Roku, Android, iOS, Kindle Fire, Chromecast, Xbox, PlayStation, Wii, etc.)

Press Play to see a sample of what you’ll get!

Interested in having Matt Walker perform at your club, bar, bowling alley, laundry mat, rehab facility, video store, comic book shop, casino, or other venue with a comedy show? Send him an e-mail at matt@funnymatt.com and you’ll soon have him in your room. 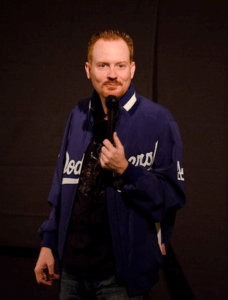 Matt Walker is a Southern California based stand-up comedian, writer, and actor. He tours frequently with Mike Muratore (as seen on Operation Repo) and Stephen Kramer Glickman (from Nickelodeon’s Big Time Rush and the animated feature film Storks), and has played shows at every type of venue imaginable. He counts as his major influences Louis C.K., Ron White, Dave Attell, David Cross, Chris Rock, Bob Newhart, and Dave Chappelle. He has a small role in the film Tears of a Clown, and has appeared in multiple unaired pilots.

Along with Stephen Kramer Glickman and Mike Black, Matt hosts The Night Time Show podcast, which is part of the Sideshow Network, which includes podcasts from Gilbert Gottfried, Iliza Shlesinger, Adam Ray, and many others. It is available on iTunes, Google Play, and everywhere podcasts are consumed.

He has appeared on numerous radio and Internet shows such as Huffington Post Live discussing comedy, news of the day, pop culture, and sports, and always is an entertaining guest regardless of the medium. His jokes have been showcased in the Baltimore Sun, and he has been quoted and featured in articles on The Daily, Mediabistro’s Fishbowl LA, the CBC, and Examiner.com

In March of 2012, Matt Walker was named the winner of the Shorty Award for #comedian, recognizing him as the stand-up comedian that best uses social media. He was subsequently mentioned in many mainstream press outlets, including CBS News.

He has also worked in radio for much of the past decade, co-creating and hosting Verbosity for National Lampoon Radio on SiriusXM. Matt got his break in radio by producing and co-hosting The Small Business Hour on 97.1 FM KLSX in Los Angeles. Matt also co-hosted the National Hair Hour, a show all about the prevention and treatment of hair loss on KLSX.

Matt prides himself on being able to connect with crowds made up of any demographic. With his large following of adolescents on Twitter, Matt has an act that works well for younger audiences, and with his stories of his elderly parents, he is able to connect with older crowds as well.

Growing up as one of a handful of white children in the community of Pico Rivera, CA, he has a unique perspective on white America and its relation to those of non-European backgrounds. He has extensive performing experience in rooms made up of minority audiences from all socio-economic backgrounds. Oh yeah, he’s also a nerd, as you can tell by the previous paragraph.

His debut comedy special, H8R, is now available on iTunes, Amazon, Google Play, and at funnymatt.com.

If you need photos of Matt Walker that are suitable for printing for your flyers, promotional materials, posters, or wallpapering your bathroom, click on the small images below to view larger versions or download high resolution photos. (4+ MB each)

Here are some clips from Matt’s comedy special, H8R. Contact him at matt@funnymatt.com for access to a full 45 minute headlining set.

Some of you have bad enough taste to enjoy the work of Matt Walker. Why this is, we’ll never know, but since you do, first things first- make sure you’re on his mailing list to find out all about when and where he’ll be performing live, and any television, movie, or radio appearances. To get on it, just enter your information below, and you too can be a Walker Stalker. 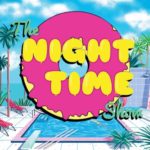 Want to see Matt Walker do stand-up in person? Of course you do. Here’s when and where you can do that. Click here to view and search my full calendar, or browse the latest upcoming events below.

Matt is well known for raising hell on Facebook, Twitter, and other social networks. Go to the contact page to find links that will let you find him on every network imaginable. 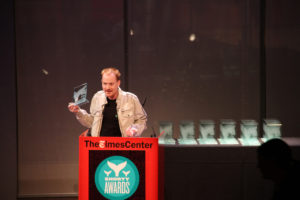 Matt Walker has appeared on numerous radio and Internet shows such as Huffington Post Live, Playboy Radio, and Punch Drunk Sports, discussing comedy, news of the day, pop culture, and sports, and always is an entertaining guest regardless of the medium. His jokes have been showcased in the Baltimore Sun, and he has been quoted and featured in articles on The Daily, Mediabistro’s Fishbowl LA, the CBC, and Examiner.com.

If you’re in the media and you want to get in touch with Matt Walker to discuss any topic on which he may provide an interesting take, shoot an e-mail over to matt@funnymatt.com.

In March of 2012, Matt Walker was named the winner of the Shorty Award for #comedian, recognizing him as the stand-up comedian that best uses social media. He was subsequently mentioned in many mainstream press outlets, including CBS News and can be seen accepting his award on Beta Beat. You can watch video of him accepting his award from Jason Jones (of The Daily Show) below.

I haven’t blogged in years, but some things are better done in this format than as Facebook posts or tweets. I got an Echo Dot a couple months ago, and I wanted to make it play both my podcasts without[…]

Let’s make today into Burn a Bridge Tuesday! I present to you an annotated Flappers newsletter, based on my experiences in dealing with this club. Unfortunately, this one doesn’t mention their GoFundMe to raise money to build a green room bathroom[…]

I finally have some new content for www.mattwalkersucks.com, and it’s my favorite one in a long time. Stranger Things fans are apparently very protective of their crappy show.

For those of you that still can’t decide who you should vote for in the June 7th California primary…Be like me! Make my vote count more than once! But yeah, here are my endorsements after researching every candidate running for[…]

You can see a lot of weird videos on YouTube. Some of the weirdest are foreign commercials. Presented without delay.. First, a racist commercial from China   But is it actually racist, or just blatant copyright violation?   And here’s one[…]

To All My Republican Friends in California

Hi! There aren’t many of you, but you do exist. I’m sure you were looking forward to finally getting to vote in a presidential primary that wasn’t already decided. As citizens of the most populous and most important state in[…]

It Don’t Matter If You’re Black or White

Watch this. Now watch this. I have so many questions: Which one came first? Was there a meeting where someone said, “Hey, we have a white version, why don’t we make a black version?” How much of the animation did they[…]

The best N.W.A songs that have no chance of being featured in the movie

I’m overly excited about the N.W.A movie, Straight Outta Compton, which comes out in August, since I’m a big fan of the group.  I am a little disheartened at the marketing for the film, where they seem to forget that MC[…]

Where in the World is Matt Walker?

My album, H8R, has been out for a little over a year, and the comedy special has been up on Amazon prime for about 6 months. I was curious about where the people were that have listened/watched, so I pulled[…]

As everyone knows, FIFA (Fédération Internationale de Football Association) is corrupt and has had numerous scandals. Their shenanigans have been going on for decades, and I’ll now tell you about the time my father was involved in what nearly became[…]

To book Matt Walker to do stand-up, send him an e-mail at matt@funnymatt.com or complete the form below. He’ll make himself available to perform anywhere where the money makes it worth the trip.

If you want to reach Matt, the best thing to do is use those social media links on the home page. What’s that, you’re loo lazy to click and scroll? Kids these days. Fine, here are some links:

You can also find Matt on some older social sites, just look for “funnymatt” – but don’t expect a reply if you’re messaging him on MySpace or Friendster. It’s not 2001 anymore.